In other companies you will usually find an elaborately formulated company philosophy at this point, garnished with pretty pictures. We, on the other hand, have decided to write a story for you. A story from the far north, where it’s rough and icy. Have fun reading.

A long time ago, on the rough Baltic Sea coast, in the kingdom of King Hrolf, there lived a beautiful princess named Asa. Of course countless suitors came from all over the world to marry the beautiful princess. But two king’s sons, Agnay and Volund, were far more persistent and steadfast than all the rest. Asa liked both princes equally, but since she could not decide for one or for the other, she finally asked her father for advice. “Both are of royal house,” she said, “both are excellent riders, and one looks as handsome as the other. Which one should I take now?” King Hrolf decided to let a competition decide. And so he summoned the two princes to his throne and set them the following task: “On the coast of my kingdom,” he said, “there are two similar mountains in the west and in the east. Everyone take a mountain and build a castle worthy of a king’s daughter on it. Whichever of you two finishes the work first shall have Princess Asa as his wife.”

Now King Hrolf gave each prince 1,000 crowns in gold (a sum with which one could comfortably retire with in those times) and made the following condition: “You may not spend a crown more than these thousand for the construction of the castle .” After the king had finished, the two princes immediately set to work, albeit with very different approaches.

Prince Agnay said to himself: “The important thing in this competition is to build as quickly and as cheaply as possible. I will therefore employ many men who will have to work for little wages. We take the rock that is there because it’s convenient and cheap, even if it’s a little harder to work with. I will also use cheap materials for the interior design. Then I’ll save some of the 1000 crowns that King Hrolf gave me.” 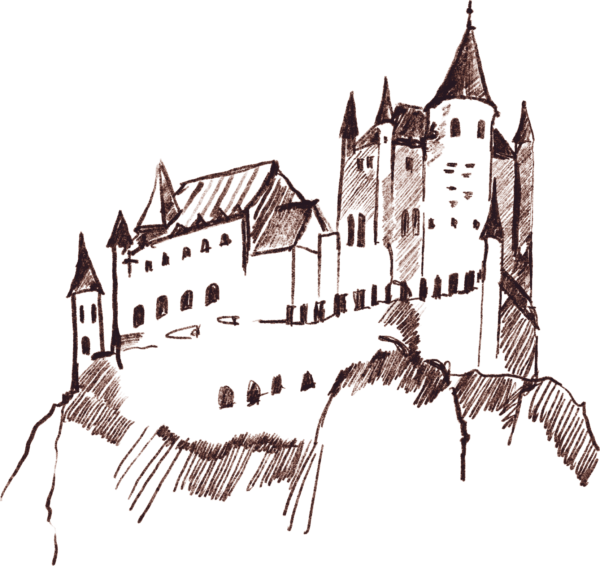 Prince Volund, on the other hand, had a completely different view: “Building castles,” he said, “is long, tedious and expensive work, so I only want to hire as many men as I can afford well. We’ll get the stones from beyond the mountains because they’re easier to work with. In addition, I will only use the best materials for the interior design, because they are durable. I’ll bet on quality every crown the king gave me need. Most importantly,” said Prince Volund, “every man who helps me build the castle should have a share in it, so that he and his family can always find a place of refuge here.”

Toward the end of the first summer, King Hrolf came to see the contest’s progress.

Prince Agnay’s castle was half finished. But the good Volund had only just begun construction and had already become the laughingstock of the people. “He will certainly build a very beautiful castle, if it is ever finished,” sneered the people. “But even then there isn’t a princess left to live in.”

Then winter came; and as you know, winter on the Baltic Sea coast is incredibly stormy, harsh and often icy. Agnay’s hard stones could hardly be worked with cold hands. Also, Agnay’s men’s morale had plummeted, as they were still poorly paid despite the adverse conditions. On top of that, the poor materials Agnays used didn’t stand up to the icy conditions. Because of the poor quality, it had to be touched up, replaced and repaired. Soon the general dissatisfaction of the men was so great that they dropped everything and disappeared from the construction site.

Volund’s men, on the other hand, knew that the castle would provide lifelong security for their families. That’s why they withstood the adverse conditions and were still very motivated. They made good progress. Also because the high-quality materials were easy to process despite the freezing cold. Even when Volund realized that he had calculated well and would probably have a spare budget, he never dreamed of saving. He paid his men a bonus for their efforts, continued to insist on the highest quality and continued to use high-quality materials for the chambers.

As one can easily imagine, it wasn’t long before Agnay fell behind in the competition. And a summer and a winter later, Volund was not only the first to finish, but had also built the most beautiful and solid castle, durable and of the highest quality. It should be a home for him and the princess until the end of their lives. And many generations after would still enjoy the quality of construction and materials.

By the way: At the wedding, which according to all accounts was an extraordinarily magnificent celebration, King Hrolf took Prince Volund aside. “I’ve gained more than one son,” he said proudly, “because on this part of the Baltic Sea the lessons you taught us will never be forgotten.”

Page load link
We use cookies on our website to give you the most relevant experience by remembering your preferences and repeat visits. By clicking “Accept All”, you consent to the use of ALL the cookies. However, you may visit "Cookie Settings" to provide a controlled consent.
Cookie SettingsAccept All
Manage consent

This website uses cookies to improve your experience while you navigate through the website. Out of these, the cookies that are categorized as necessary are stored on your browser as they are essential for the working of basic functionalities of the website. We also use third-party cookies that help us analyze and understand how you use this website. These cookies will be stored in your browser only with your consent. You also have the option to opt-out of these cookies. But opting out of some of these cookies may affect your browsing experience.
SAVE & ACCEPT
Go to Top